I rarely write opinion pieces in this blog other than my opinion on e-Learning, but now I feel obliged to speak out. I’m deeply ashamed on how the European Union (EU) and all of its individual members states are treating the refugees from Syria, Mali, Yemen and all the other places where a war is going on.

This is not about politics, left or right, liberal or socialist, this is about human rights and dignity. Just check the text of the ‘Universal declaration of human rights’ and you will be shocked how many of this basic rights are now being swept aside.  Just some quotes from the declaration: 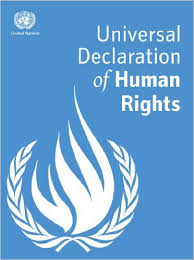 And I could continue. Every one of them is currently ignored in the EU. We are not talking about some silly law here, this is an UN treaty. It is supposed to be the civilized foundation of our society.

The changes in the public opinion in the EU are astonishing. Some 30 years ago a Dutch politician was sentenced by a judge because he said that “The Netherlands is for Dutch people”. Compare that with what is happening now: countries are building fences to keep people out that are fleeing from a terrible war. The worst thing is that this now is apparently ‘normal’. It seems that the EU has been shattered into 500 million egocentric individuals, that only care about themselves.

There still is hope

We have 500 million people in Europe. In 2015 over a million refugees entered the EU. That is an astonishing number, but at the same time it is just 0.2% of our population. It means a refugee for every 250 inhabitants of Europe. Compare that with Lebanon: there it is 1 refugee on every four original inhabitants. This is about the will to help these people. I was really impressed with the video of Ai Weiwei as I was today with the story of the founders of MOAS. They received an award today in The Netherlands and I heard their story on the radio. An Italian American couple (Christopher and Regina Catrambone) founded the MOAS project in 2013 after they heard about the first disasters with boats filled with refugees sinking and people drowning. They bought a ship and hired a crew from their own money and their organization has now saved  over 13.000 people. It shows that there are people who do care, that gives hope.